Posted at 11:05h in The Lund Letter by The Lund Consultants, Inc
0 Likes

This Week in The Lund Letter:
>   Radio is a survivor!!
>   Music rules for audience growth
>   How you, and your station, should sound
>   Back to School spending forecast… plus other Trends

How many lives does radio have?  The end of radio has been predicted many times in the last 65 years.  Radio’s first challenge was in the 1950’s — it was said that radio could not compete with TV.

Transistor radios became popular in the 50s & 60s bringing portability to radio.  Then Philips came out with the cassette tape in the 60s, and it was said that would end both the music industry and radio.  Everyone was just going to record stuff and that will be the end of the radio world. But it wasn’t.

Sony introduced the Walkman in 1979.  MTV came in the 1980s.  Apple released the first iPod in 2001.  Streaming on-demand music platforms grew like mushrooms in early 2K, then XM and Sirius satellite radio, and services like listen.com, Rhapsody, Napster, Pandora, and then iTunes in 2003.  “New” areas of competition for audio to “kill” radio continue to emerge, yet the radio industry remains strong today by adapting and taking advantage of all the opportunities that are out there.

Who listens to radio today?

About 93% of the US population, same as thirty years ago.  It’s greater than TV and all the other media designed to conquer radio.  What’s ahead?  ATSC 3.0 bringing TV and radio to your smart phone and car.

Today we have many digital platforms and avenues of distribution, including streaming and station apps. They provide the same kind of personal relationships radio used to have, but with new ways to connect with the audience.

What is radio’s single greatest strength to advertisers?  Radio always has been a promotion medium.  It’s great for call-to-action.  Radio = promotion, and clients love that.  Radio is part of the digital world; it needs to believe it!!  Radio continues to create good programming that’s relevant and entertaining.  And it can repurpose content, like with podcasting.

These three concepts are relevant still for digital radio:

2)   Aggressively sell the medium of radio to advertisers creatively, including all of its digital enhancements.

3)   Look to the future. New platforms are new opportunities, not the death of radio.

What’s Right, What’s Wrong, and How To Fix It

The Lund Programming Evaluation is a work intensive research project that analyzes your stations and formats and outlines enhancements.  What we do…

+   Conduct a music audit of each station’s playlist, category rotations and clocks within their music software.

+   Conduct air talent reviews and report on how they execute their format and basics.

The Lund team focuses on format, music, ratings, talent performance, on-air presentation, formatics, imaging, and station “uniqueness” (Stationality). Contact John Lund at (650) 692-7777 to discuss your challenges and how a Programming Evaluation can benefit your company.

What do the top stations have in common?  Regardless of format, they are market leaders in audience and revenue.  This is why 93% of the Americans listen to radio every week.  Listening to your station is essential and making the music perfect is essential.  One client calls these “Lund’s Laws of Programming!”  This is continued from last week.

Music Rule #5: Specialize in playing the best music.  Adult listeners often say, “I don’t know what I like, I like what I know.”  While younger listeners may desire new songs from favorite artists, programming for adults often requires programming to play it safe.  Adult listeners desire familiar, favorite songs; familiarity breeds content!

Music Rule #7:  Fine-tune the software.  Flow is governed by the music software.  Program the best researched hits into the software and don’t deviate.  Consistently evaluate and hone the software with regard to hourly rotations, artist rules, clocks, etc.  Hand-editing the music logs daily assures the best song-to-song fit.  Surround newer songs and Secondaries with proven top hits.  Artist familiarity is a criterion for selecting music and adjusting categories.

Music Rule #9:  Tighten your power song category.  Your power songs represent the songs most loved by your listeners.  Rotating them in the same category with the same frequency as those that are “less loved” restricts TSL.  Most top rated stations have no more than 5 in the Power Current category; some have just 3 Powers.

Music Rule #10: How long is your “Minimum Rest” rule?  It shouldn’t be too long.  You risk preventing a Power song from being played making your listeners possibly tune to your competitor to hear it.

Music Rule #11: Music sounds fresh.  If you’re a gold-based format, you have no currents that help refresh the music library.  Classic Hits, Classic Rock, and Classic Country stations need periodic rotational updates along with a systematic “rest and restore” policy on the most-played songs in each category.  And refresh the imaging that’s been on the station for months.

Playing the best music is just one of the three areas that govern a radio station’s success as outlined in the “3 M’s.”  The second requirement is a great morning show; coming up next week: “How goes the morning, so goes the day.”

Invest In Your Career

Are you a talent (personality or news) currently working at a station?  Are you at the start of your career? Radio personalities who systemize their approach to prepping and presenting their shows realize improved performances and higher ratings.  Want to know the benchmarks that listeners like most?  The Lund Consultants coach and develop talents for improved performance and higher ratings.  Contact John to find out how he can assist your performance for higher ratings, better formatics, or career advancement.  John has developed major market and network personalities as well as assisting talents in all markets better serve their listeners.  Email John Lund.

Discuss the format fundamentals chosen for your stations with every talent.  Don’t have an available guide?  Utilize these Lund “format flash points” to make sure your station sounds its best:

1.   Always put the call letters/station name on a pedestal. Deliver the name with enthusiasm and emphasis as if they are saying it for the first time. “Burn in” the station name.

2.   Mirror the listeners’ passion for the music frequently. Be passionate about the songs and artists and share interesting factoids about the music.

3.   Pause for effect in your delivery!  Break up run-on sentences and insert a quick pause between thoughts.  This makes the break less fatiguing for the listener and it sounds more interesting.

Amp Up Your Radio Show

Improve the planning, presentation and sound of your show.  The Radio Personality Guide has all the tools that radio personalities need to grow and sound better.  This is the #1 best-selling e-book designed for air talents of all formats… and their PDs.  The updated Guide provides hundreds of tools and new ideas to make your show better.  This book with help you grow your audience, connect better with listeners, and sound terrific!

Promotion of the Week: Get Your Shots & Take Your Shots

For Back-to-School immunization, have the health department set up in a local gym where people can take shots at the basket to win prizes while they’re waiting to get their immunization shot.  Of course, doctors and nurses are on hand to answer questions, pass out pamphlets, etc.  Sell to sporting goods stores, health clinics, and the college basketball program. Schedule for before school registration as most schools require students to be current before the semester begins.

Do You Need A Great Promotion?

Our Fall Promotions Guide outlines every programming and sales promotion you’ll need for the months ahead.  Over 100 audience-building promotions, contests, sales promotions and show prep ideas will make your stations sizzle through fall … and help the sales staff lock in new dollars.

32% of Americans 12+ have listened to a podcast in the past month according to Edison Research.  54% say they are more likely to consider the brands they hear advertised on podcasts.  Major brands like General Electric, McAfee, Trader Joe’s, Facebook, and dating app Tinder are producing branded podcasts, according to Fast Company, adding these are “ads people actually want to listen to.”  Revenue idea: help your clients produce branded podcasts.

The National Retail Federation says parents of kids from kindergarten to grade 12 (seniors in high school) will spend $696.70 on backpacks and other back to school supplies.  That’s up from last year ($684.79) and the most per student yet; the previous record was set at $687.72 in 2017.  The overall spending forecast is down to $26.2 billion from $27.5 billion last year.  This result is likely skewed by more surveyed adults saying they don’t have children that age this year.  Deloitte’s forecast is a healthier $27.8 billion overall.

College students are even more expensive.  Parents expect to spend $976.78 per college-age child on supplies.   Last year they spent $942.17, and the previous record high was $969.88 in 2017.  Overall college spending is also expected to fall from lack of students in more families: $54.5 billion from $55.3 billion last year.

Millennials are those born between 1981 and 1996; they are aged 23 to 38 years today.  There are 83.1 million of them in the US… that’s a quarter of the total US population!  They are lauded for being digitally native, mobile oriented, media savvy, politically progressive, ethnically diverse, well-educated and culturally savvy.  What they are not?  As good a source of ROI as expected.  The issue?  A lot of millennials are broke!  Marie Claire called millennials “Generation Broke” in a May 2019 article.  The primary reasons?  Astronomical cost of living increases versus wages that haven’t gone up at anywhere near the same rate.  Boomers only had to work 306 hours at minimum wage to pay off a 4-year college tuition.  Now?  It takes 4,459 hours.  70% of millennials can’t afford a $1,000 emergency expense, and 50% have nothing in savings.

John Lund’s positive, fast-moving presentation, “The Science of Growing Your Audience,” includes training and coaching guidelines on the basics of attaining higher ratings and more listeners.  Topics include the “basics” of radio programming, America’s top formats: who listens and why, tactics to get more listeners, talent coaching, and how to make voice tracking sound live and local.  This presentation will be customized and expanded to meet your members’ needs.  EmailJohn Lund for availability and more info.

Next week in the Lund Letter: Mornings make the day.

Thanks for reading
The Lund Letter
Now more than 10,600 broadcasters get the Lund Letter each week!
We welcome your input.  Email John Lund! 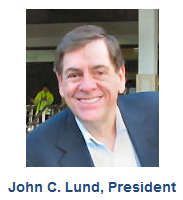 For over 20 years, the Lund Media Group has provided programming, music consulting, operational guidance, and research to broadcast stations throughout North America and overseas. With specialists in every format, the Lund Goal is to help stations get more listeners and keep them listening longer.